PERSON SERVED OF THE MONTH 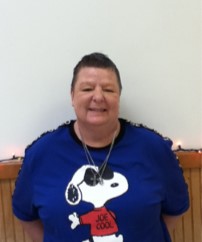 Jenn began participating in MMI programs a year and a half ago. Since that time, she has grown to be successful in several areas. She has learned skills at the Comfort Inn as well as several janitorial teams in both Mt. Pleasant and Clare. Jenn is very flexible and willing to sub on various team when she is needed. She is a very caring and helpful team mate. She hopes to continue gaining skills and progressing toward her goal of finding an independent position with a local nursing home. Keep up the good work Jenn. Congratulations on being chosen MMI’s Person Served of the Month for November. 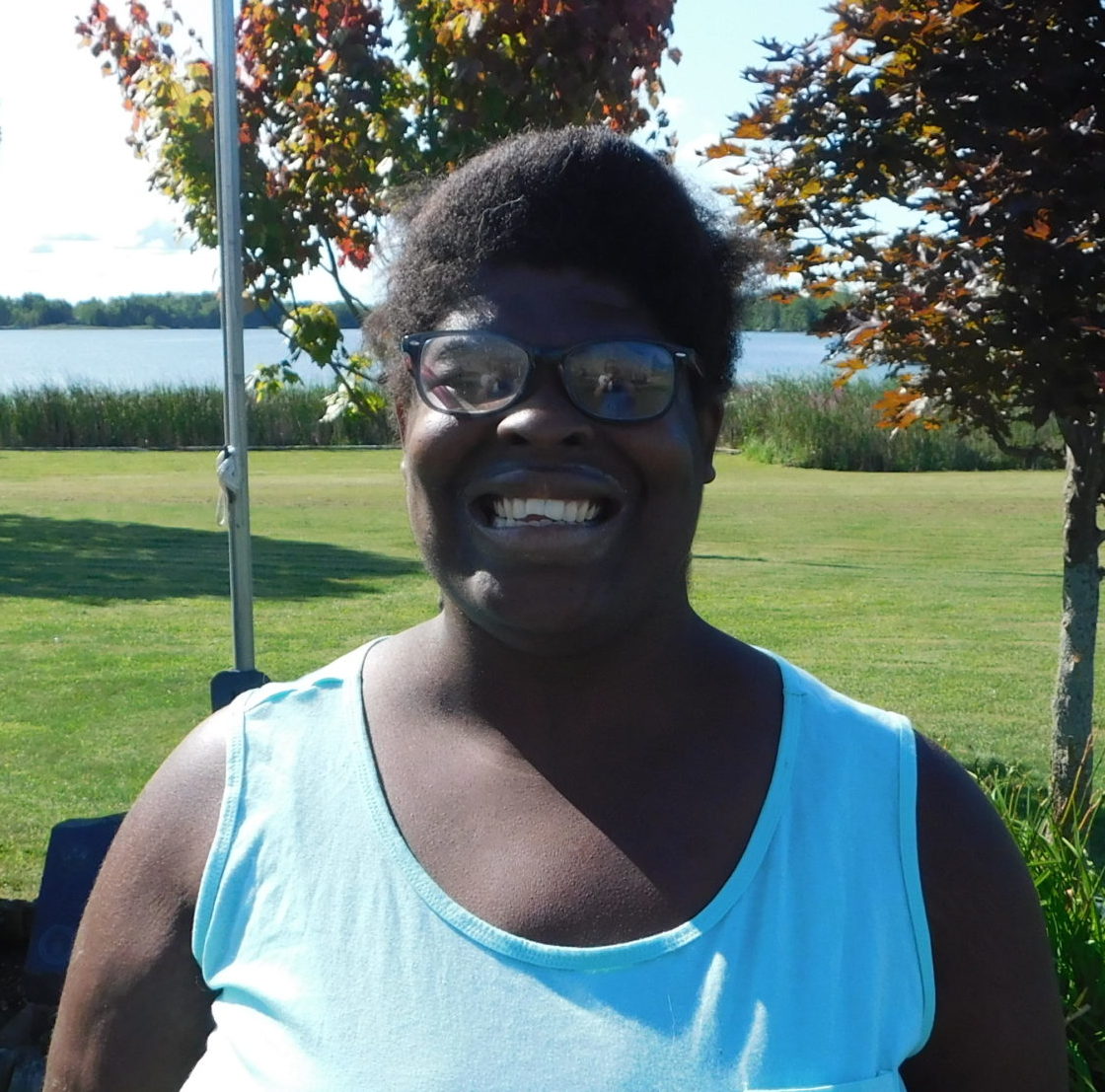 Mariah began attending MMI in August of 2011 for the summers, becoming full time after graduating from the RESD school in May of 2017. She participates in both CC and EC and also does our 3rd Saturday recycling crew in Grant Township. She is very helpful in groups, often offering to do things for staff rather than waiting to be asked and has recently started going with skill building to the Farwell Soup Kitchen which she likes. She enjoys helping her peers when she can as well. She is very friendly and likes to talk and joke with staff and peers.
October 2019 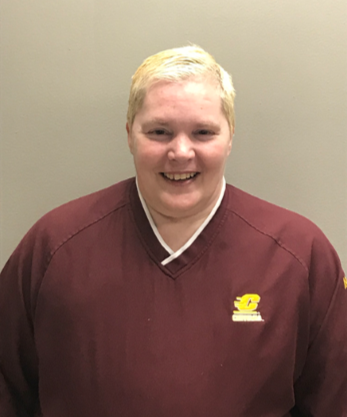 Tricia P. has been selected as the Person Served of the Month by the MMI Consumer Council in Mt. Pleasant. Tricia started participating in MMI programs just 3 years ago. Since that time, she has learned the skills needed to be proficient on all of our community janitorial teams. She is always willing to help her team with a friendly smile. Tricia is dependable and flexible, always willing to cover shifts and even working for the Clare branch when needed. She is willing to go the extra mile to ensure customer satisfaction. Tricia continues to participate with MMI Employment Connections teams while she looks for an independent position in Mt. Pleasant. Tricia’s long-term goal is to have her own business. Keep up the good work! Congratulations, Tricia on being the person served of the month for October 2019. 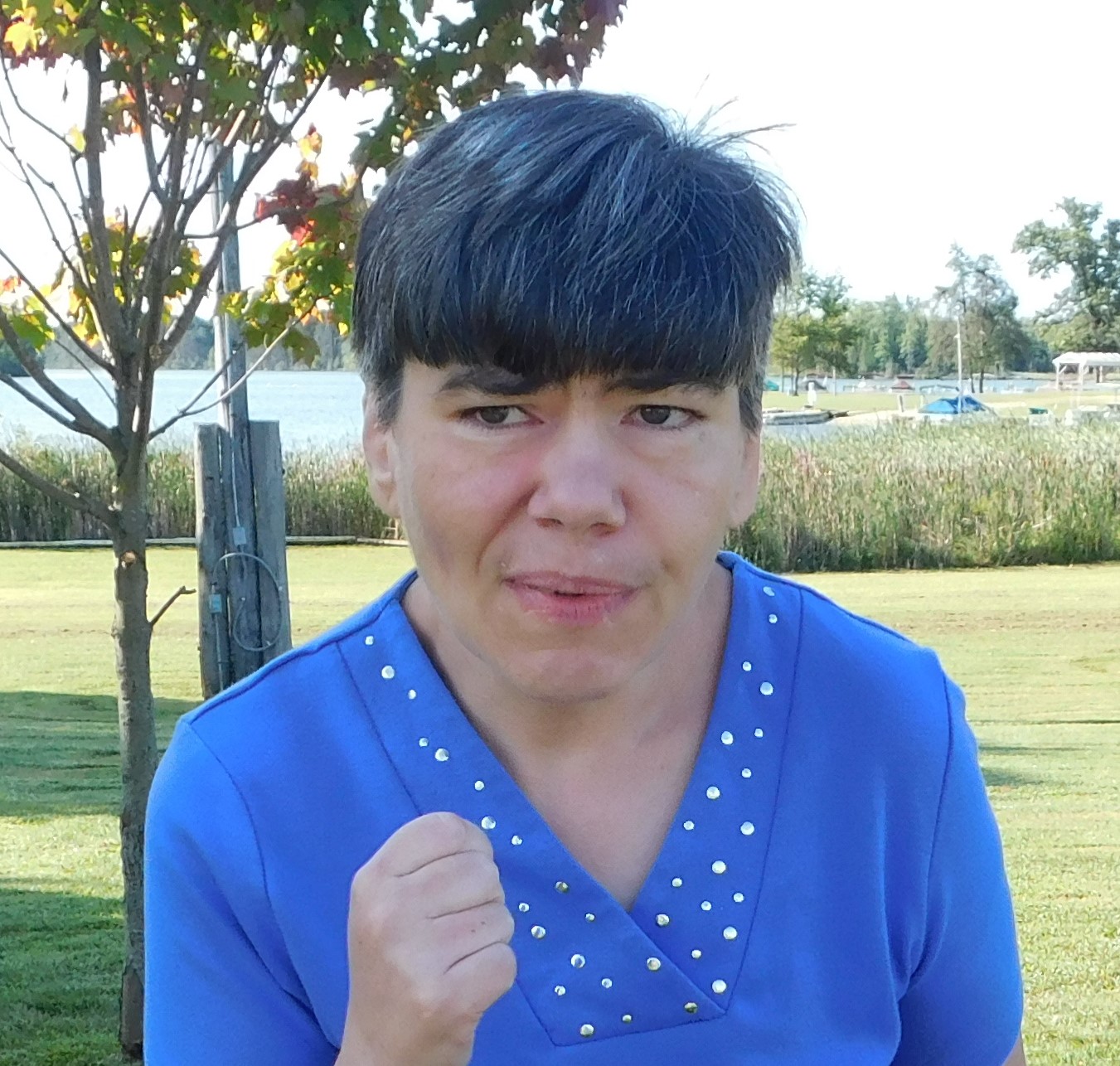 Mandy J. has been selected by the MMI Consumer Council in Clare as the Person Served of the Month for October. Mandy has been participating in MMI programs since 2013. She greets most people she meets with a genuine,”Hi Friend” and a warm smile. Mandy has made many connections with community members while out with MMI groups. She enjoys time making crafts and projects. Mandy loves playing bingo and knows that someone will save her a seat at Prestige Senior Center every week so she can play. Mandy has a wonderful sense of humor and is always a team player. Congratulations, Mandy on being chosen as Person Served of the Month. Keep up the good work!
September 2019 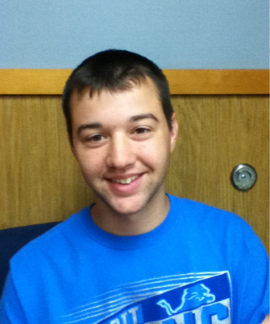 Adam F. has been selected as the Person Served of the Month by the MMI Consumer Council in Mt. Pleasant. Adam began participating in MMI programs as a student at Mt. Pleasant High School in the GOALS program. Adam completed his education at Mt. Pleasant High and made the decision to continue working towards his goals by participating in Employment Connections and Community Connections at MMI. Adam continues to work diligently on gaining essential skills for independent employment and has made great strides and some great friends. Adam is always willing to help and is an amazing advocate for himself and his peers. Adam is a great addition to the Mac TV volunteer group as well; Most recently becoming a fan favorite for his role of “the cow” in their video rendition of “Jack and the Beanstalk”. Congratulations Adam on being person served of the month for September 2019! 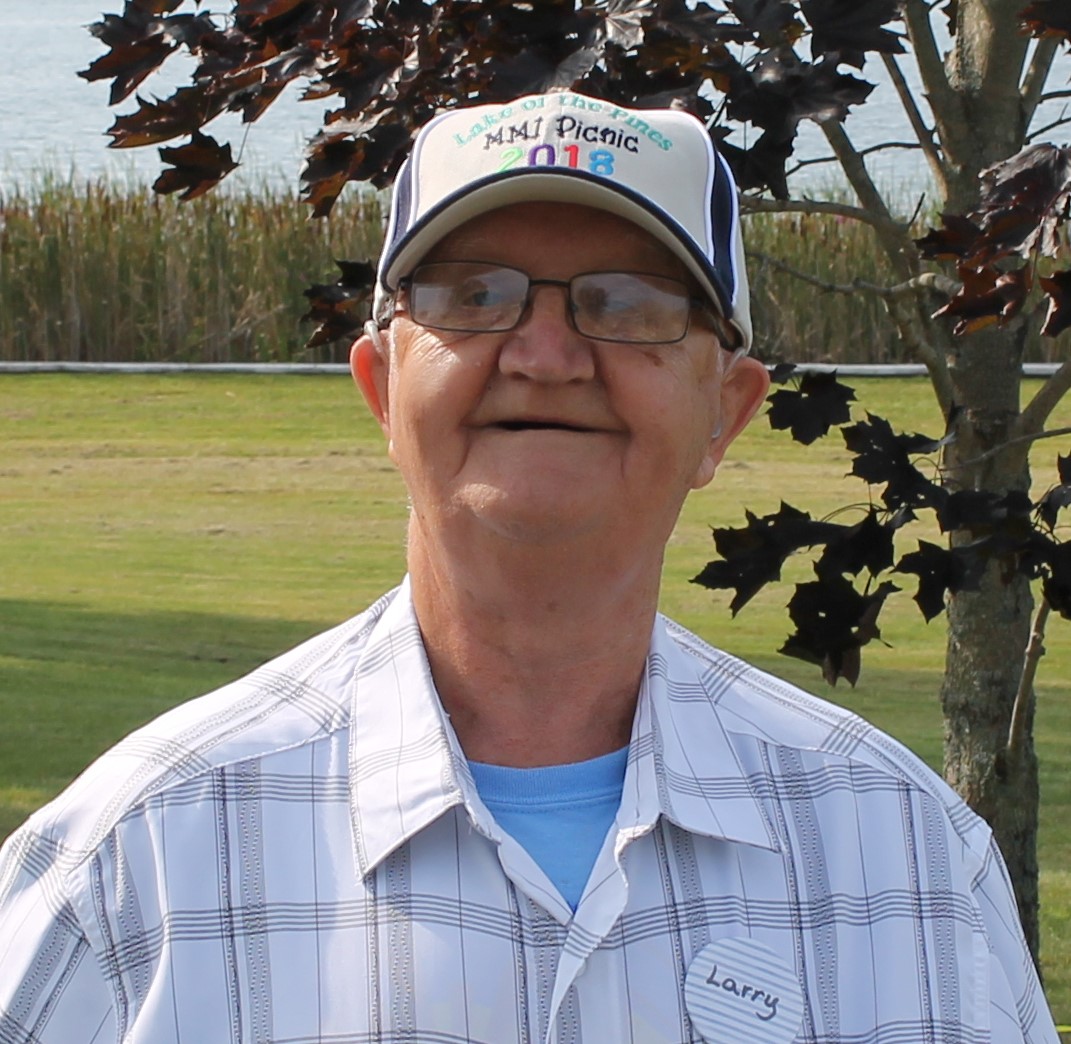 Larry D. has been selected as the Person Served of the Month by the MMI Consumer Council in Clare. The Consumer Council chose Larry based on his positive attitude and work ethic while participating in the Employment Connections program and his consistent smile and positive attitude in Community Connections. Larry is always willing to help his teammates and stays dedicated to making continuous improvements to his work skills. Larry is very easy going, he enjoys Bowling and Bingo but is willing to try just about anything. At 82 years young Larry shows no interest in slowing down his progress.
Congratulations Larry, keep up the Great work!
August 2019 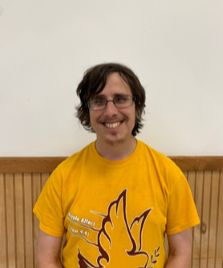 William T. has been selected as person served of the month in Mt. Pleasant for August 2019. William has been working toward his goals of community inclusion and independent employment since he started working with MMI in 2009. William began by participating in the Employment Connections program so that he could learn a solid base of skills and explore his employment options. He quickly transitioned to working on both day and evening crews. William always brings enthusiasm to his crew and is willing to go the extra mile to help a fellow teammate. William has explored some options for independent employment but has not yet found his niche. We all look forward to supporting William as he continues to grow and seek new opportunities. Congratulations William on being selected as Person served of the Month. 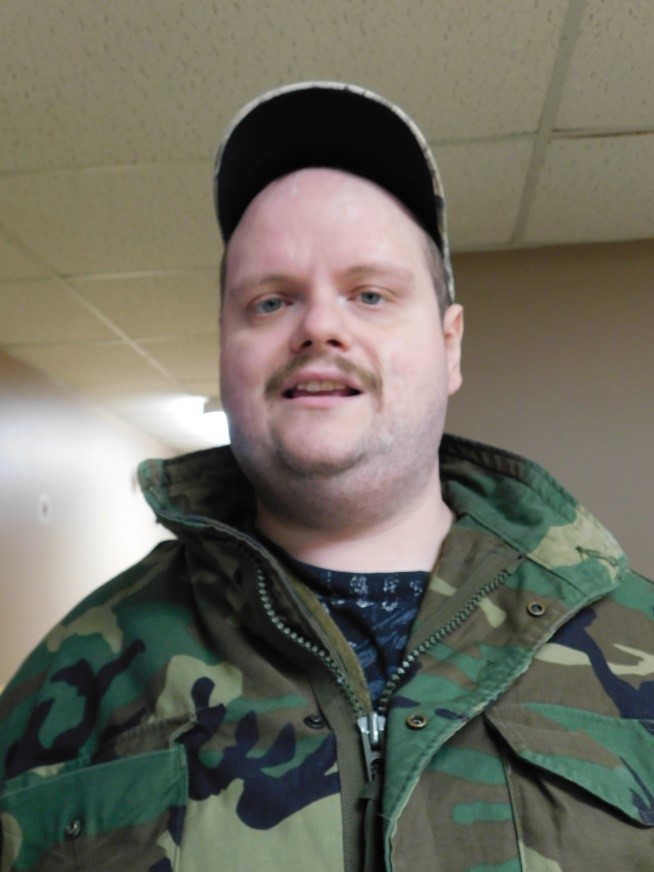 Jon B. has been selected as the Person Served of the Month in the Clare Branch for August 2019. Jon began participating in services available at MMI in 2009. Jon was focused on learning the skills he needed to find employment. Jon worked at a fast pace with a positive attitude. In February of last year Jon and his team decided to set new goals for Jon to get more involved in his community. Jon began participating in Community Connections as well as the Sensory Program. Jon has successfully settled into his new routine. It is always a joy to have Jon’s contagious smile and bright personality on any of the Community Connections activities. Congratulations Jon on being selected as the Person Served of the Month.
June 2019 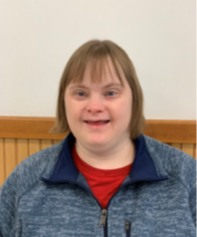 Elizabeth D. is Mt. Pleasant MMI’s Person Served of the Month for June 2019.  Elizabeth  began attending MMI in 2000.  She has gained many skills while participating at MMI.  Elizabeth is experienced at housekeeping and janitorial work. Elizabeth, “LIzzy” now attends Employment Connections programming at MMI so that she can gain the additional skills she needs to reach her goal of working in a book store.  Lizzy is a team player who is always willing to go the extra mile for her co-workers.  Congratulations Lizzy on being selected as Mt. Pleasant’s Person Served of the Month. 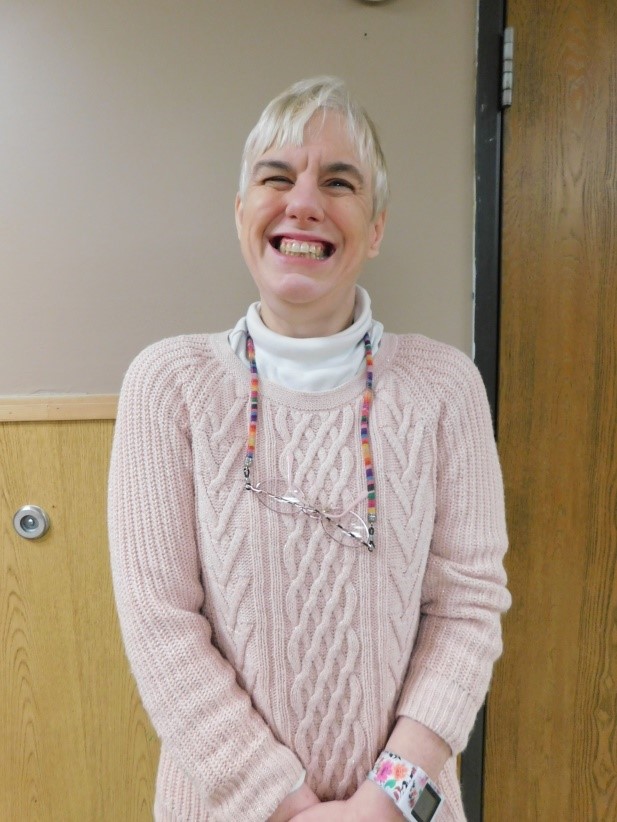 Teresa C. is Clare MMl’s Person Served of the Month for June 2019. Teresa began attending MMI in March of 2017. Although she was quiet when she first began, she is now respected by her peers for her willingness to help others and to go above and beyond when asked. Teresa participates in Employment Connections, including being part of a recycling crew each week. She also participates in Community Connections, spending time in her community and meeting new people. Teresa sets a great example for others at MMI, and Clare Consumer Council is proud to name her Person Served of the Month.
April 2019 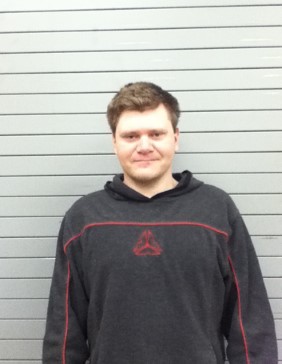 Jordan began participating in MMI’s Employment Connections program in 2011. He is very conscientious and detail oriented and does a great job when working on manufacturing jobs such as retaining wires and heat sealing packages. In the Learning Center, Jordan is thoughtful and insightful when joining in on group discussions and vocational trainings. He recently joined the Community Connections program’s bowling group where his fellow bowlers state that he is a great bowler and friend. No matter where he goes, Jordan is known for his good natured personality and great sense of humor. Thank you Jordan for a job well done. Keep up the good work and congratulations on being MMI’s Person Served of the month for April 2019! 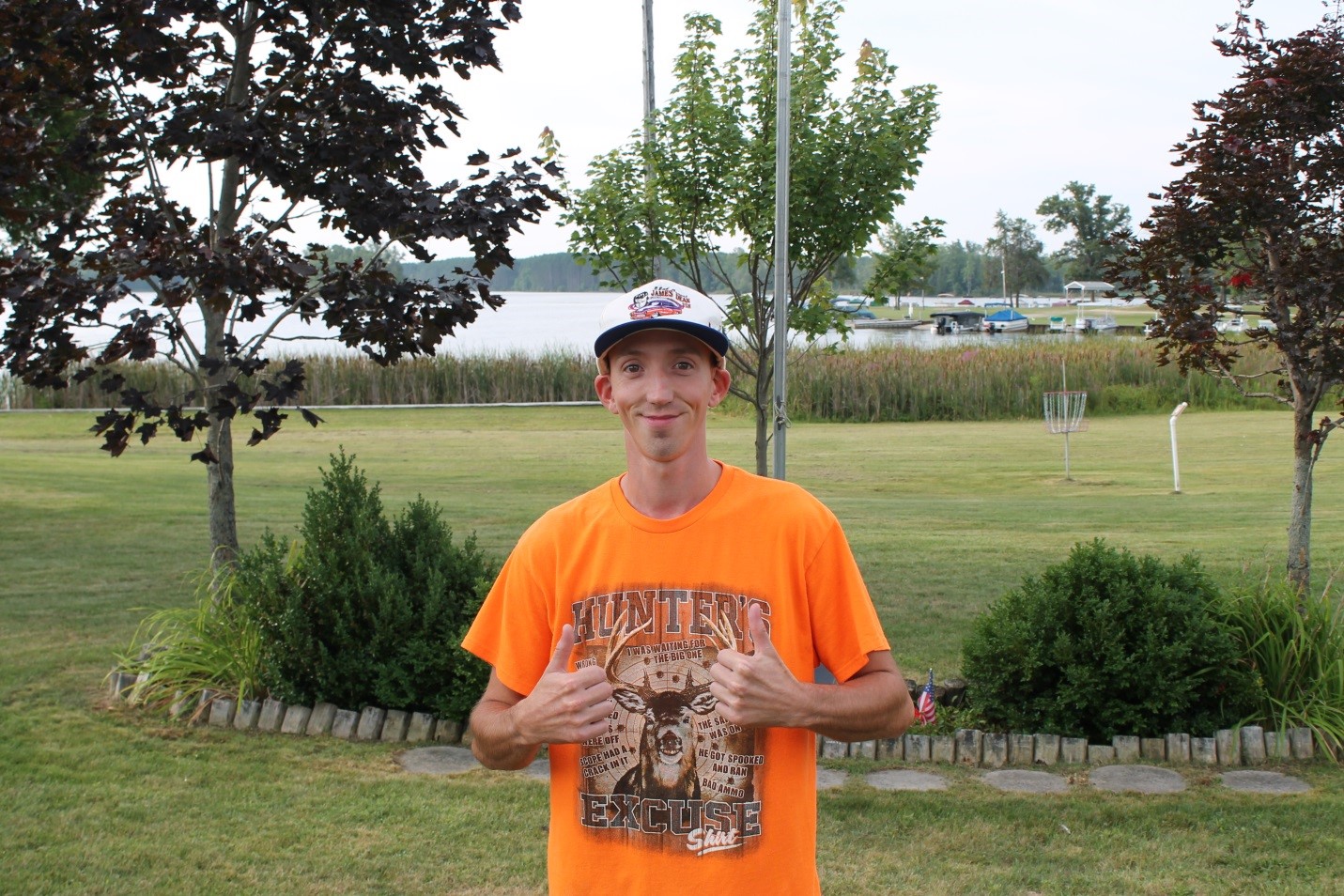 Sean is Clare MMI’s person served of the month for April. Sean began attending MMI in 2012 during the summer, then year round in 2015 after finishing school at the Clare/Gladwin Area School. He currently participates in Employment Connections, Community Connections, and is part of a crew that does grounds clean-up at Jay’s Sporting Goods, then picks up recycling from a few businesses and takes it to the MRF in Mt Pleasant. During his CC time Sean participates in a games group, plays basketball/kickball at a local church gym, and has lunch with a group that then goes bowling. He is usually very helpful with his groups and is very friendly and outgoing. Recently, Sean has been asked to take on more responsibility and independence throughout his day at MMI and he has done very well with this. Clare Consumer Council is proud of Sean’s accomplishments and happy to name him Clare’s Person Served of the Month.
March 2019

Mike has worked at MMI for several years doing janitorial work. He is excellent at his job, always polite to everyone, and has had great attendance. Mike is very detail orientated in his work, constantly striving to improve his job performance, and always looking to make sure everyone is doing a great job. He performs all tasks asked of him and when done will seek out other tasks or assist his co-workers as needed. Mike has also been one of MMI’s better crew people when it comes time to do floor work and is always someone to rely on. Congratulations Mike on being nominated as person served of the month for March 2019. 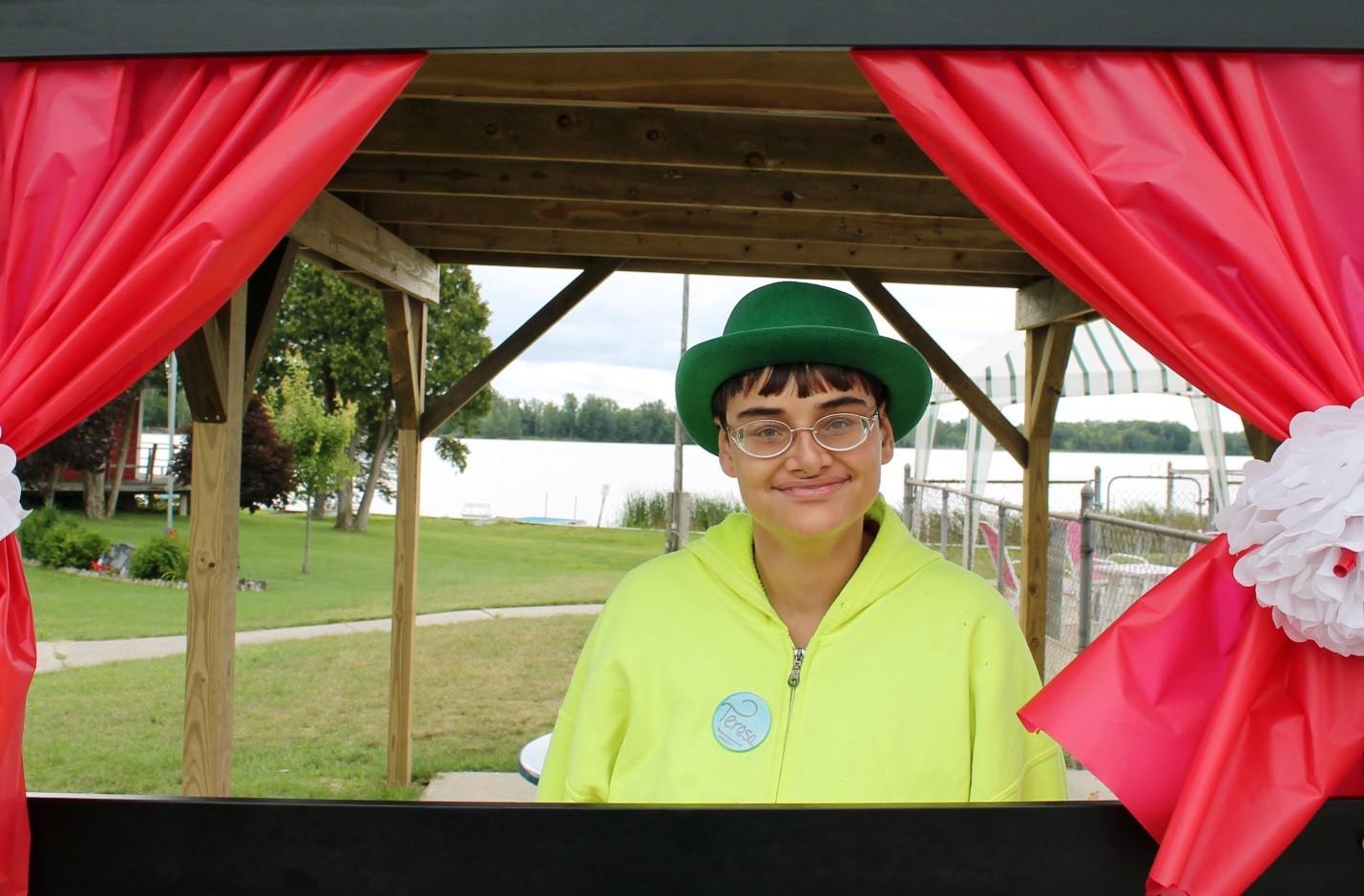 Teresa has been attending MMI since March of 2015 and participates in Community Connections three days a week. Teresa is very outgoing and friendly and has a great sense of humor. She enjoys the groups she participates in, especially when she has the opportunity to have conversations with others or play games. Teresa is accepting of everyone at MMI and will talk to anyone who will talk to her. Clare MMI is proud to name Teresa as Person Served of the Month for March, 2019. Thank you, Teresa, for your hard work and friendliness!